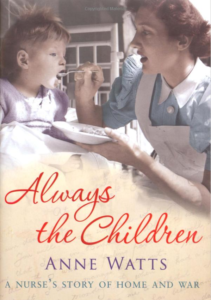 An incredibly powerful and moving memoir.

Anne grew up in a small Welsh village, but had the stout traveller’s heart of her her salty Merchant Navy father – the same father who was outraged that his daughter planned to take up nursing.

Her first posting was with Save the Children – to Vietnam in 1967. Her vivid descriptions sear themselves on the heart, as she confronts human cruelty. But it also illustrates the common decency, kindness and courage of ordinary people caught up in extraordinary circumstances.

She is a warm and compassionate guide, through Vietnam, Cambodia and Lebanon during the unsettled 80s, witnessing first hand the cruelties and intransigence of the Arab/Israeli conflicts. Encountering the savagery of female circumcision during a visit to Sudan, Anne reflects on how we are all products of our environments. Woven into this compelling memoir is the moving story of Anne’s own personal tragedy – how her idyllic childhood was shattered by the discovery of a shocking family secret. But throughout this vivid life story, what shines through is Anne’s life affirming sense of fun and her unquenchable desire to help those in need. 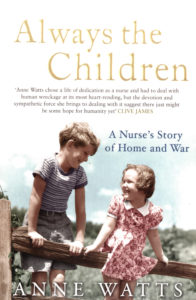 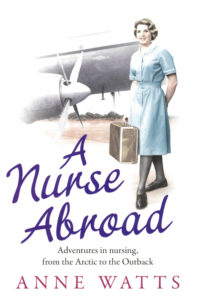 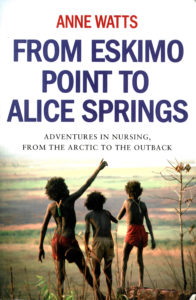 Working in a hospital, wherever in the world it may be, tells you a lot about a town and the people who give it colour, pace and heart. Deadly snakes in the ‘dunny’, staff who went walkabout and maggot therapy were just some of the surprises she encountered working in Alice Springs. In the Canadian Yukon, she learned about asbestos in the Cassiar Mining town on the British Columbia/Yukon border – and the survival skills of the hardy Inuit people in the Canadian Arctic.

In rural Italy in the early 60s she saw how the Catholic faith controlled the lives of it’s people. Enjoy this three dimensional views of our world , the humour and the adventure of this remarkable chronicle of life – and the living it to the hilt that has been Anne’s life story.